The Eustachian tube connects the middle ear to the back of the throat and nose. It is about 3.6 cm in length.

A normal Eustachian tube normally remains closed and opens when one is swallowing, yawning or sneezing. This helps to regulate equalisation of middle ear pressure and atmospheric pressure. Active opening of the Eustachian tube lasts for 400ms only.

These symptoms can either be continuous or episodic, occurring in one or both ears, and typically diminish or disappear when one is lying down. 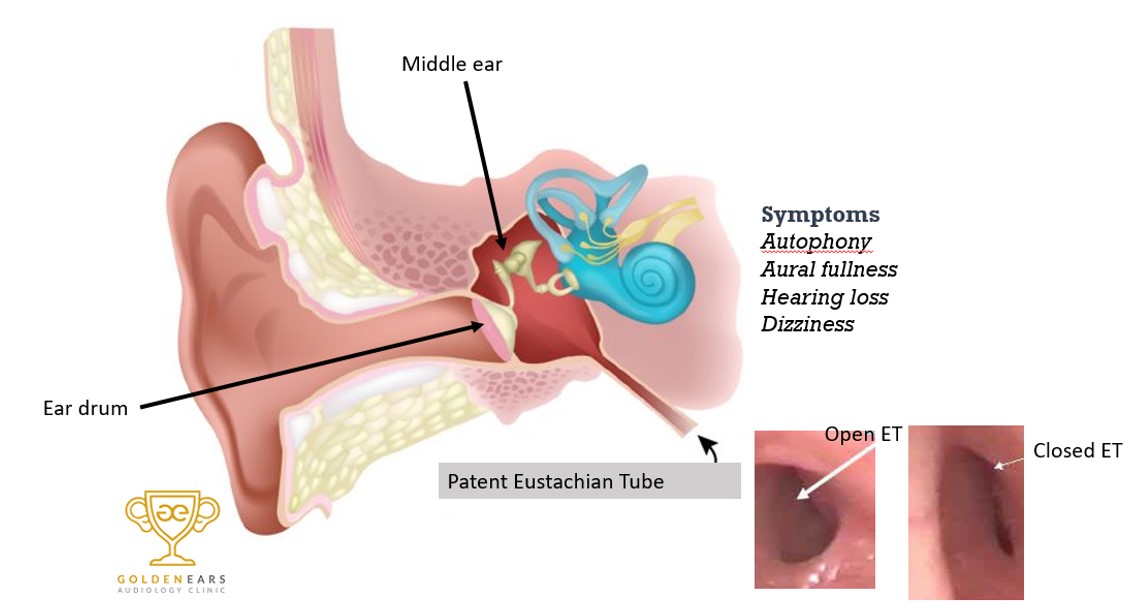