Otitis externa is an infection or inflammation of the ear canal. In some cases it can extend to the pinna, tragus and ear drum. It is also referred to as swimmer’s ear.

Malignant (Necrotising) otitis externa invades the soft tissue and bones and this occurs normally in older patients with Diabetes Mellitus.

Otitis externa caused by bacteria is usually from Pseudomonas Aeruginosa and Staphylococcus Aureus. Disruption of the PH and protective factors, damage to the epithelium, loss of protective wax and accumulation of moisture leads to high PH and bacteria accumulation in the ear canal.

Infections caused by fungal pathogens are from Candida and Aspergillus, and are often in tropical environments and in patients previously treated with antibiotics.

Risk factors to be aware of

Symptoms to watch out for 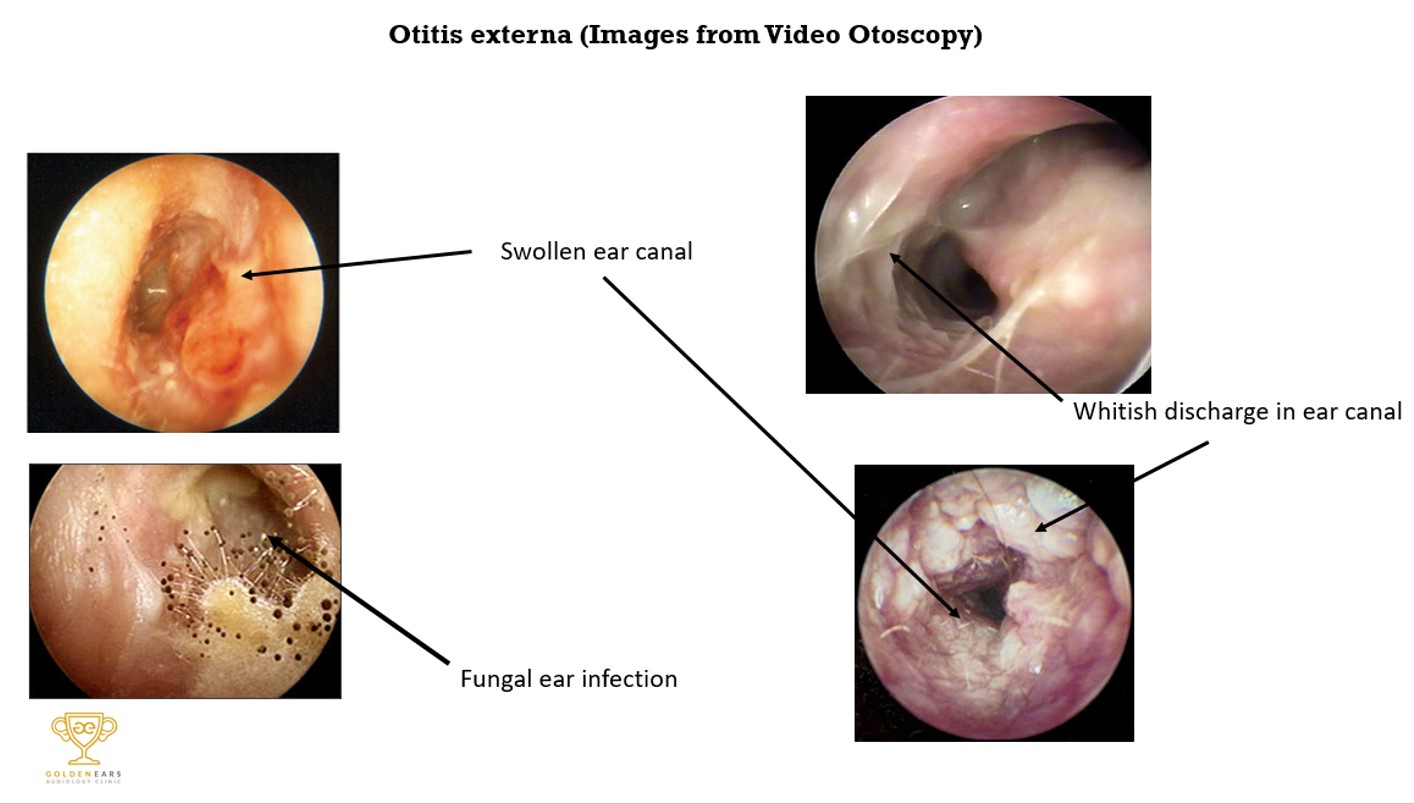